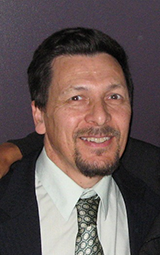 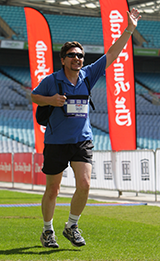 Just had an issue with a virtual computer running Win7. It seemed to be running very slowly. Bringing up the Task Manager, at first only showed very little cpu usage by process'; but yet my total cpu usage was maxed out. My first thought was that maybe I had under resourced the machine. I shut down the machine and headed for the settings. Here I enabled a second cpu core and increased the allowable host cpu usaged. I also increased the ram memory, and video memory. On restarting the virtual machine, there was an improvement, in as much as the cpu wasn't totally stuck the the top of the graph, but still nowhere good enough. I ran Task Manager again, and was wondering where this missing cpu cycles were going; so I clicked on the Process from all users option; this time I could see that Windows Update Module was the culprit.A quick search on the net suggested running Trouble-shooter on Windows Update. I accessed this from Control Panel -> Trouble Shoot. After doing this the cpu usage had dropped back to nearly nothing.

One headache arose, after my server did an update and was rebooted. For some reason my network had been changed to PUBLIC. This prevented me from logging into my server remotely. Quite strangely though, the error message was saying something about the NVIDA display driver. After following this wrong lead and installing the latest NVIDA driver (making no difference), I eventually realised that the nework type had changed.

My problem then, was that it wouldn't let me change it back to PRIVATE. After scouring the internet, I eventually came across the answer as posted by Kris Arnott. Turned out the Local Secuty Policy had to be changed before I could change my network type. This was accomplished with these steps:

In the "Local Security Policy" editor you can also change the network type if it is listed, by editing the properties of the listed network instead of the "All Networks" option.

I'll get more organised with these sections later, but for now I'll just dump stuff as it happens here.I had a problem with my computers not being visible under 'network', though I could still ping and access them in other ways. The following article about master browser helped.Why I can't see my other workgroup computers.

I've started a project with my Raspberry Pi. The ultimate plan is to build a Virtual Presence device. For now though I've just started with flashing some LEDs. I've got this working, and will post some details at a later time. The next phase is to control some motors.